Hi, How Can We Help You? 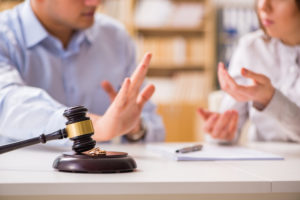 Mediation and Child Custody During Divorce

As understood by a mediation lawyer Walnut Creek, CA relies on, the process of determining custody during divorce can be very painful for many parents, as they are trying to prove as to why they are the most suitable parent to obtain custody. While there are many levels to child custody, many parents simply want to be the primary parent who both lives with their children and makes important decisions regarding their care.

Legal Custody
The parent who is awarded legal custody has been granted the right to decide where children go to school, where they receive medical care, religious practices, after school activities, and more. It is fairly common for each parent to be awarded joint legal custody, where they share these duties of upbringing. If for any reason there is evidence that the children may be at-risk for harm, it is unlikely the judge is going to award that parent joint legal custody. For example, here are some reasons a judge may be concerned for the children’s safety:

Physical Custody
The parent awarded physical custody has been granted the right to have their children live with them in their chosen home. It is possible that both parents also share this duty, through joint physical custody. A judge may award both parents physical custody for the health of the children, so they continue to have equal time with their parents. In this way, each parent feels they still contribute to their children’s lives. The parents can try to agree upon a schedule on their own, or have it be decided by the judge. Common factors many parents many use when creating a schedule with their children include:

Why Parents Try Mediation First
Many parents may attend mediation sessions with a mediation lawyer in Walnut Creek, CA regarding child custody amidst divorce, before going to court. With mediation, a neutral third party that is trained in communication can help guide the conversation in an effective way with the help of a Walnut Creek, CA mediation lawyer. In many cases, the parents do not want to court system to decide when they will see their children. So, if each spouse can put their hard feelings aside and work together, the results may be best for all family members.

If you and your co-parent are in the mist of determining the custody agreement for your childe(ren), it may be in your best interest to contact a mediation lawyer in Walnut Creek, CA from the Law Office of Ariel Brownell to alleviate the stress of a full court, litigation process.

For more information, or to speak with a mediation lawyer Walnut Creek, CA trusts, call us today.